Jedidiah "Jed" Sawyer, also known as Leatherface, is a serial killer known for wearing masks made from human flesh and the main protagonist villain of Leatherface, the main antagonist of The Texas Chain Saw Massacre, and the quinary antagonist turned secondary main protagonist of Texas Chainsaw 3D. He is the son of Drayton Sawyer and the younger brother of Nubbins Sawyer. When his family was murdered at the hands of vigilantes led by Burt Hartman, Jedidiah began enacting a personal vendetta, hunting down and slaughtering those responsible for the demise of the Sawyer Family.

Jedidiah Sawyer since his childhood was pushed by his family, to kill using a chainsaw, however he was unable to. After leading a teenage girl named Beth Hartman into a death trap in 1955, her father, sheriff Hal Hartman has Jed committed to a Mental Institution, he was there for almost ten years. In 1965 he escaped with several other patients from the institution, kidnapping a nurse. During his years in the Institution he became a friend of Bud, they were best friends until he dies on the run. When Jed is trying to escape from Hal Hartman he shoots him through his face, destroying part of his mouth leaving him with the inability to talk. When Hartman puts Jed in the same hole where his daughter died, Verna and her family track him to the place, saving Jed. When Jed is finally home Verna tries to sew Jed's mouth, using a harness to keep his face together but this leaves him deformed. When Hal Hartman is tied up inside Jed's house, he takes the chainsaw and finally kills Hartman. Lizzy, the nurse escapes from Jed's house, when Jed caught her she told him that his mother is crazy, immediately Jed cuts her head with the chainsaw. In the final scene Jed is becoming Leatherface, using Lizzy's face as his first mask. He's lost all trust of anyone except for his immediate bloodline, who he will trust immediately and unconditionally even if the treatment is not reciprocated.

On 18 August 1973 (a date which the 2013 film tries to cover up due to the young age of the lead character), Sally Hardesty, her invalid brother Franklin, and their friends Pam, Jerry, and Kirk, travel to a cemetery in Newt, Texas to inspect the resting place of Sally's grandfather after hearing news reports of corpses being dug up in the area. After learning that her grandfather's remains are intact, the group drives to a gas station to refuel their vehicle. When the station's proprietor, Leatherface's father and/or brother Drayton Sawyer, informs them that the station is temporarily out of gas, the group abandons their plans to leave Newt and drives to Grandpa Hardesty's farm with the intention of spending the night. At the Hardesty home, Kirk and Pam diverge from the group for recreational purposes when they spot the Sawyer Residence from afar. The two intrude in the house to see if there is any gas, when its resident, the mentally handicapped killer Leatherface, slaughters Kirk and puts Pam's body in a freezer. Eventually, Jerry discovers the Residence in search of Pam and Kirk. Startled by the presence of yet another intruder in his house, Leatherface kills Jerry and leaves the house with his chainsaw, hunting for any other potential trespassers.

At night, Leatherface comes across Sally and Franklin, the latter of which he murders. Sally panics at the sight, and flees to the gas station with Leatherface in pursuit. She outruns Leatherface, but is captured by Drayton and brought back to the Sawyer Residence for dinner. After taunting Sally at the dinner table, Leatherface, his brother Nubbins Sawyer, and Drayton give Grandpa Sawyer a hammer so that he can kill Sally with it. However, Sally slips from her restraints and dashes out of the house and into the road. Despite being chased by Leatherface and Nubbins, Sally escapes in the chaos when she is picked up by a passing trucker.[1]

"They're trying to kill me! They are crazy!"
― Sally Hardesty exposes the Sawyer familyShortly after the incident, Sally informed the town authorities of the Sawyer Family's horrific crimes.[2]

Following police investigations into the grisly murders, public reactions were largely that of repulsion, with the Texas Chain Saw Massacre being branded as "one of the most bizarre crimes in the annals of American history" by at least one reporter of the incident.[3]

On the morning of 19 August, Sheriff Hooper showed up to the Sawyer Residence, where the armed Sawyer cousins had gathered in the house with Drayton, Leatherface, and Grandpa. Hooper demanded that they surrender Leatherface for arrest. After debate within the family, the Sawyers agreed to give Leatherface to the law. As the arrest was about to take place, vigilantes led by Burt Hartman showed up unannounced at the Sawyer Residence, burning it to ashes and killing most of the Sawyer family.

There are only two known survivors: Leatherface and an infant Heather Miller, who was taken by one of the vigilantes to grow up in a different family. Throughout the decades, Leatherface lived with his wealthy mother Verna Sawyer-Carson in her mansion, until she died of old age in the early 2010s.[2]

Over the years, Leatherface had been hunting down the vigilantes who killed his family. In 2013, Heather Miller learned that she was adopted after receiving word to travel to Newt, Texas to collect an inheritance from her aunt Verna Carson (recently deceased). Upon arriving at her mansion in Newt with her friends, one of them enters the basement and discovers Leatherface. Unaware of who Heather and her friends are, Leatherface begins killing them one-by-one. Heather escapes, alerting the police and the now-mayor Burt Hartman. Hartman has his son, Carl, kidnap Heather and take her to the town's abandoned abattoir. Leatherface finds her there, but is attacked from behind by Hartman and one of his cronies. Heather tosses Leatherface his chainsaw, which he uses to force Hartman to his death in a meat-grinder, while Heather kills the crony. Upon seeing a Sawyer birthmark on Heather's chest, he realizes that she is a Sawyer, as the two head back to the mansion.[2] 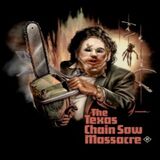 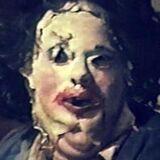 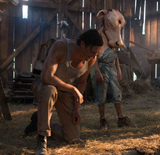 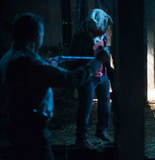